Chandler is located on flat to rolling terrain in the Northeastern corner of Henderson County and contains approximately 5.5 square miles or 3,514 acres of land. It is roughly bounded on the north by the Van Zandt County line, on the east by the Neches River, on the south by Lake Palestine, and on the west by the Kickapoo and Battle Creek. Chandler is at the head waters of Lake Palestine on the north end of the lake between the east and west branches. Located on State Highway 31 Chandler is 8 miles west of Tyler, 20 miles east of Athens and about 100 miles east by southeast of downtown Dallas. Chandler is 7 miles from the Tyler Regional airport providing both commuter and commercial services. The city is located approximately 2 miles west of Loop 49 with easy access to Interstate 20 and all major North/South and East/West highways. 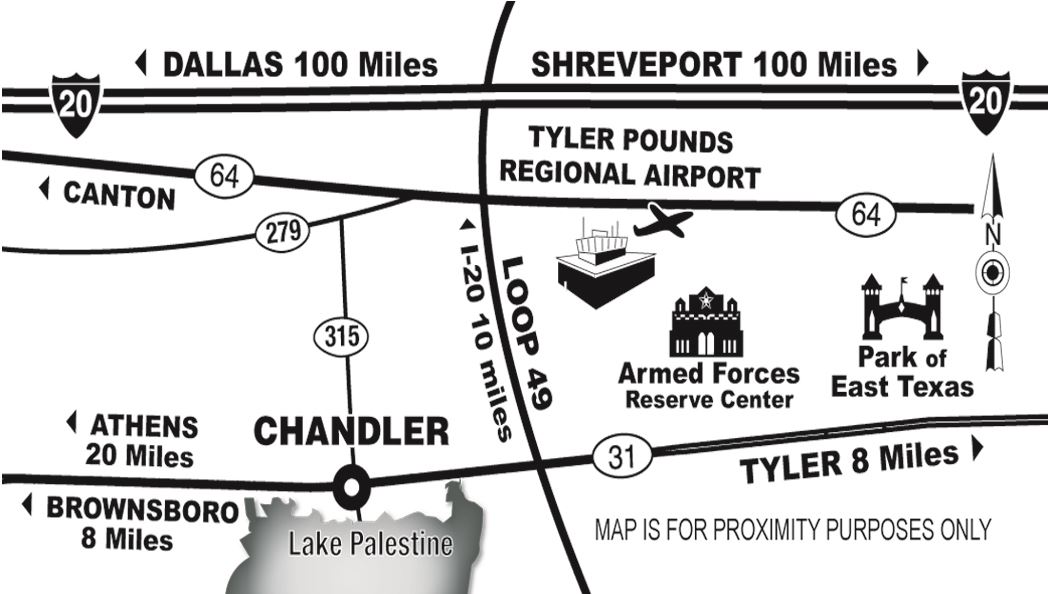